HMV is delighted to welcome Duke Special to HMV Grafton Street at 11am and to HMV Donegall Arcade at 5pm on Saturday 18th October. Duke Special will be accompanied by special guests, â€˜Specular Choirâ€™, a 15-piece choir, singing songs from his new album â€˜I Never Thought This Day Would Comeâ€™. Duke Special will also be accompanied by â€˜The Lowly Knightsâ€™ at the Belfast event.A special bus will leave at the end of the Grafton Street appearance, allowing Duke Special and 40 fans to travel to Belfast HMV Donegall Arcade to see the Duke twice in one day! The bus will then return to Dublin at the end of the Belfast appearance.

Duke Special has had a triumphant year that included a Choice Awards nominated album with â€˜Songs From The Deep Forestâ€™, massive radio hits, several sold out tours across Ireland and the UK, performances on Later with Jools Holland and at the Cannes Film Festival, and many festival appearances, including Glastonbury, Electric Picnic and Live @ The Marquee in Cork. 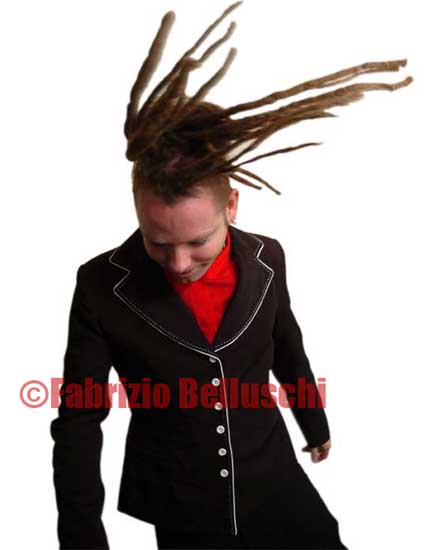 He started 2008 with the stunning new edition of â€˜Songs From The Deep Forestâ€™ containing all 12 original songs â€“ including hit singles â€˜Freewheelâ€™ and â€˜Last Night I Nearly Diedâ€™ â€“ and a bonus CD of Dukeâ€™s dazzling performance with the Ulster Philharmonic Orchestra in the Waterfront, Belfast last May.

HMV Grafton Street John Rooney manager said, â€œDuke Special is an incredible performer and anyone who was fortunate enough to have caught him at any of his previous gigs will know what Iâ€™m talking about. Accompanied with a 15-piece choir this Duke Special appearance is an essential for any fans of live music. This is a really fun event as fans also have the chance to then hop on a bus with Duke and head up to our hmv store in Belfast to see him perform up there â€“ and theyâ€™ll get a free lift back to Dublin afterwards! If you want the chance to travel on the bus with Duke Special up to Belfast Iâ€™d advise to get to the store early for wristbands as they are strictly limitedâ€

The new Duke Special album â€˜I Never Thought This Day Would Comeâ€™ is released in the UK and Ireland, on October 17, on CD, Double 12â€, Digital and (from Duke Shop only) Luxury CD Box Set.

ENTRANCE TO BOTH EVENTS IS RESTRICTED AND WRISTBANDS CAN BE OBTAINED FROM 8.30AM ON FRIDAY 17TH OCTOBER AT BOTH STORES. ONLY TWO WRISTBANDS WILL BE ISSUED PER PERSON.