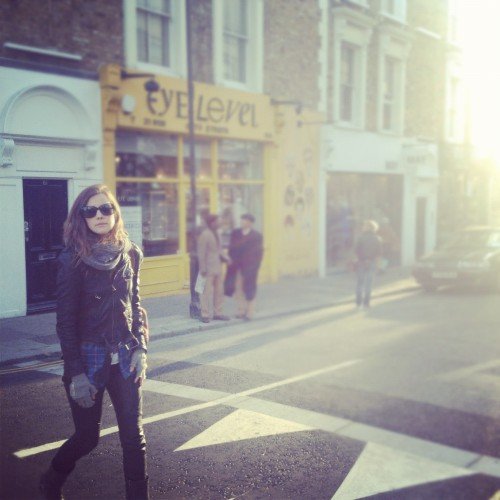 We’re Chuck & Pap Shirock, of the band SHIROCK, out of Nashville, TN. We’ve recently released our first single “New Solution” in the UK, and have come over for a couple weeks of acoustic & full-band gigs, radio station visits, and generally promoting our up-coming album! So, we’re keeping a little tour diary to remember and share what we’re getting into over here…

It’s been a very packed last few days, after the show at The Garage we were pretty wiped. We had a bit of a day off on Saturday so we slept in late, thanks to blackout drapes in the bedroom (most important thing to a sleeping space for a band that has to keep crazy hours and sleep whenever possible!).

After a little work on the computer, we headed out to check out some vintage shops in the Shoreditch area. Favourites include: Blitz, Rokit, and Absolute Vintage. Chuck found some WWII era long john underpants, I got an amazing navy/white polka-dot blouse, and to share, we found an oversized, tan, wool, button-up sweater with leather patches on the sleeves & wooden buttons! Very productive trip, all in all.

For dinner we stayed somewhat near and went to Pinchito Tapas, which was amazing! Delicious food and good portion sizes but most surprising is that they make the best cocktails, and their cocktail of the day was only £5! We’ll definitely be going there again before we leave. 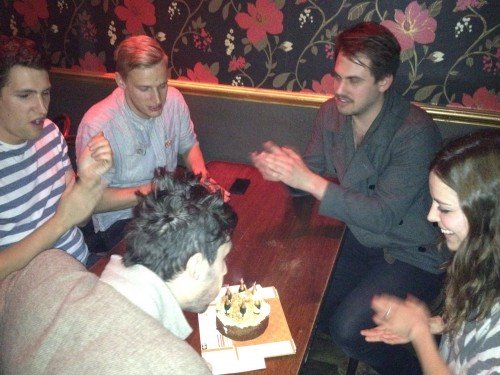 Sunday was a gorgeously sunny day and we got to go explore Hampstead a bit, and went to a restaurant/pub there called ‘The Wells’ for the coziest dinner – or as the Brits say, Sunday roast… Mmm! I love a chilled out, restful Sunday, and that was the perfect place to spend it.

Once our lovely weekend was over it was time to get back to work… Had a few meetings Monday about a photoshoot we’ll be doing next week with fashion photographer Oly Barnsley (olybarnsley.com), and worked on getting gear & some other final details together for the next few shows. Tuesday we recorded an acoustic performance of our song “Still Young” for Balcony TV London.

Balcony TV is in 40 some odd cities around the world, and they have different artists come and perform on beautiful balcony sites that showcase the city they are in. We filmed in the Westminster district, in a building called Central Hall, with a view of Westminster, Big Ben & the London Eye all behind us!

We hadn’t spent any time in Westminster yet, so it was a really cool way to take it all in. Hopefully it’ll go up on their website in the next few weeks balconytv.com/london.

So, Wednesday we got to hang and rest a little and then last night was Chuck’s birthday and our headlining gig at Monto Water Rats in London!

What a night – we got to play the show backed by a full band, with musicians we’ve hired here in London, who did an incredible job. 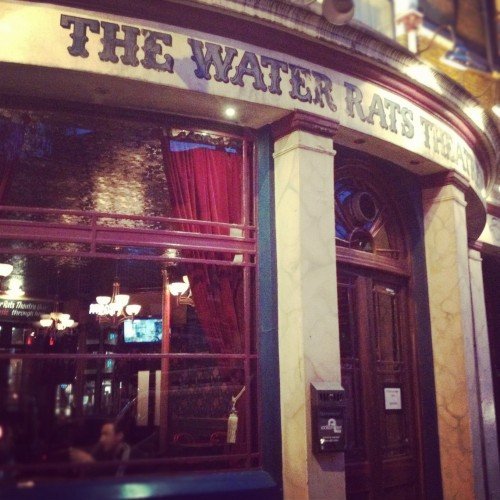 We first played at Monto this past January, acoustic – really like the venue, it’s got a great feel, not too big, not too small.

We had a great time, met a lot of new friends, and in general got really excited to come back to the UK in February when our record releases to do a proper full-band tour.
everythingburnslp.net