The Black Ghosts are Theo ‘Fake Blood’ Keating and Simon ‘Skywave’ Lord. It’s a project that sees Simon’s beautiful songwriting and Theo’s incredible electronic production skills join forces to make one of the stand-out albums of 2011. 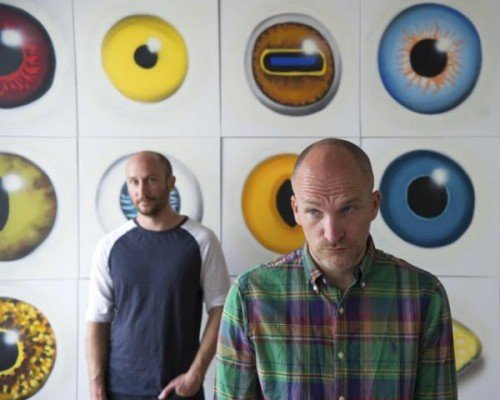 Theo has been busy taking over the world as Fake Blood, a hard-hitting electro-tech DJ with a cult following like no other. The debut Fake Blood album comes out later in the year on Blood Music.

Simon, on the other hand is primarily a singer-songwriter and Simian (We Are Your Friends) band member, he’s also worked with the likes of SMD and Rafter Roberts not to mention his magnificent Lord Skywave productions.

The Black Ghosts formed and released their self-titled debut back in 2008. It was an unexpected, underground expedition into the electro world of indie-pop, that was received well, at both press and radio.

But it was album track “Full Moon” being used in the opening scene of cult US vampire flick, Twilight and the triple-platinum original soundtrack that followed, that really catapulted the ghosts on to the world stage.