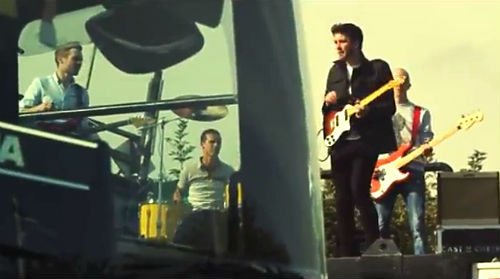 Dublin quartet The Cast of Cheers release another slice of volatile and propulsive rock and roll, in the form of their new single ‘Trucks at Night’, released December 3rd on School Boy Error/ Co-operative Music .


Breathless and vicious, combustible and ferocious, ‘Trucks at Night’ teams serrated guitars with a nasty lyrical bent, as vocalist Conor Adams chants “woke up in the western world as a western child and I can’t find God”.

It’s a short, sharp, burst of jagged pop, and a perfect showcase for what makes The Cast of Cheers one of the most vital new bands around.