Rihanna is back to her raunchy style for Kanye West’s new video ‘All Of The Lights’.

The track, is off Kanye’s My Beautiful Dark Twisted Fantasy.

Also, Rihanna announced that Cee Lo Green will be joining her on the highly anticipated LOUD summer tour. The tour, produced by Live Nation, is scheduled to begin on June 4th in Baltimore.

I’m a huge fan of Cee Lo since his days with Goodie Mob and with Gnarls Barkley. He’s a musical genius, continually reinventing himself and I’m thrilled to have him join me on tour,” said Rihanna. 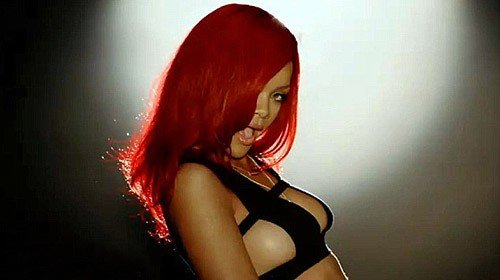 “I want to thank Rihanna for inviting me on our version of 50 First Dates, only difference is she’s unforgettable fine. Don’t tell her I have a crush on her, don’t wanna mess everything up. But honestly it’s an honor and a blessing to be able to go out with a talent such as hers and I look forward to doing my part to make the tour unforgettable for the fans that come out and see us.” adds Cee Lo.

Rihanna’s Loud to kicks off in Belfast on SeptemberÂ 28th.