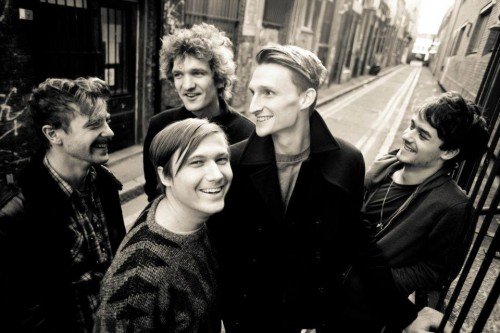 Zulu Winter will release the new single ‘Silver Tongue’ on Play It Again Sam Recordings on the 14th of May 2012. The track is a taste of what to expect from the band’s eagerly awaited debut album ‘Language’ which is released on the 14th of May.

The follow up the recent ‘We Should Be Swimming’ (with over 350,000 plays on you tube) the new single was recorded with producer Tom Morris in London and comes backed with the exclusive ‘Young Lovers’.
Formed last year, the Zulu Winter line up of Will Daunt (vocals & guitar), Iain Lock (bass), Dom Millard (keyboards), Henry Walton (guitar) and Guy Henderson (drums), is currently in the States, where they’ve just completed a run of successful shows in New York and at South By South West the band are set to visit Australia for dates in Melbourne and Sydney in April.

The London five piece will return to the UK for their first major headline shows in May together with dates as special guests of Keane and appearing at the Field Day and Isle of Wight Festivals in June and T in The Park in July.
zuluwinter.com
facebook.com/ZuluWinter