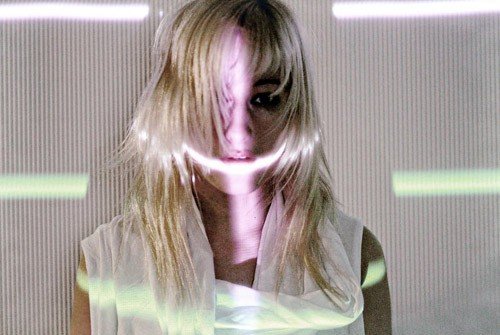 Inspired by the Sphinx moth, who passes through metamorphosis in underground chambers and whose natural habitat is the desert, Castel explains her work:

“In Vessel, science fiction, wave phenomena, and the abstracted metamorphosis of the moth life cycle are visually manifested in the surreal landscapes of underground mineral caves and icy, remote dunes. Themes of duality and transformation weave throughout, with Nika’s own voice revealed as vibrational patterns in water through the microscopic observation of Cymatics.”

Following a full US headline tour that includes a CMJ date in New York on Oct 19th, Zola Jesus will return to the UK in November for a trio of headline shows, where she will be joined by her Souterrain Transmissions label-mate, EMA.
ZOLA JESUS UK SHOWS – NOVEMBER:
23rd LONDON, Heaven (with EMA & The Quietus DJs) – TICKETS
24th MANCHESTER, Academy 3 (with EMA) – TICKETS
25th LIVERPOOL, Kazimier (with EMA) – TICKETS
facebook.com/ZJZJZJ