Woman E are back to shake things a little bit further by releasing their double A-side second single Another Rennaisance/ You Don’t Have To Go. 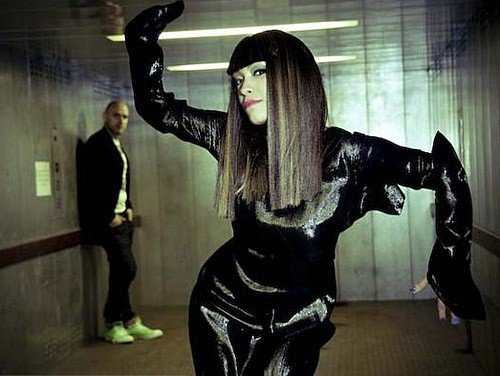 The band’s early recordings, found their way to French Vogue’s radar, voting them one of the best fashion records ever.

London Vs Berlin. These two cities may have a sordid history but they are now hubs of artistic licence and two of the best in the world for it.

This new blend of intelligent, kitsch Pop will have you shaking in your boots but in the right kind of way.

Another Renaissance is the embodiment of strong creative friction. A song about making sense of a relationship, the moment of realisation that “rehashed, refried and repacked” solutions to old problems will not cut it. The lyric is about moving forward and being strong and the song is the same.

Imagine early Madonna kissing Kraftwerk on a bed of subversive big chorus pop. Another Renaissance has the looks and the brains – you can dance like you mean it while not feeling insulted by the lyric.