Leeds-based rock band Vessels have just released a stunning live rendition of ‘The Trap’ from Helioscope. Vessels will tour much of 2011 throughout Europe, the UK and Ireland. 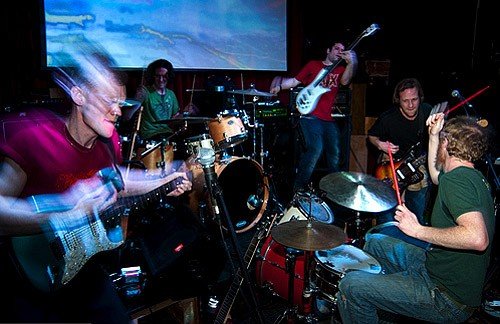 The first single to be taken from the album, ‘Meatman, Piano Tuner, Prostitute’ was released in November and features the guest vocals of Stuart Warwick.

Vessels – The Trap live at Abbey Lodge from Vessels Band on Vimeo.
‘Helioscope’ was recorded with Grammy-nominated producer John Congleton (Explosions in the Sky, This Will Destroy You, Modest Mouse) in the heat of the Texan summer, these nine tracks are the sun-scorched yin to the yang of the snow-capped peaks of Vesselsâ€™ debut of 2008, White Fields & Open Devices.

Vessels – Meatman, Piano Tuner, Prostitute (feat. Stuart Warwick) from Vessels Band on Vimeo.
Where its predecessor was a studied exercise in structure which played many a post-rock trump card, this collection sings with a newfound freeness and looseness.