When you’ve had a musical career that’s spanned two decades of intense technological advances, converting vinyl to MP3 is the least of your worries, particularly when your debut single was recorded onto floppy disks that have since become corrupted. 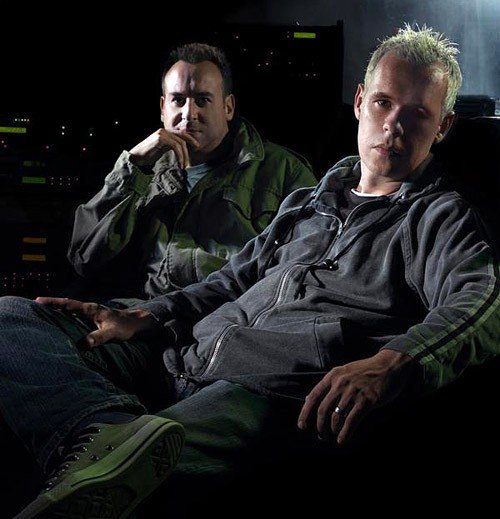 What Can You Do For Me-Herve,Doorly,Drumsound & Bassline Smith,Felix Leiter&Mark Maitland-Mixes clip by UtahSaints
It’s a fate recently befallen by Utah Saints who, upon realising it would probably be a good idea to archive their early tracks, found that some of the originals, including their debut single, ‘What Can You Do For Me’ were now irretrievable.

Happily, the corrupted floppies led to a new recording session of the original version, and then a 2011 update from Utah Saints themselves.

‘What Can You Do For Me’ was originally recorded in a bedroom in Leeds on a 1mb computer and first released in 1991, and is another example of why those 12 months were a formative year for dance music (Pete Tong started at Radio 1, Ministry of Sound opened its doors, and the Prodigy and Moby had their first big hits). The single reached No.10 in the UK singles chart and paved the way for the “first true stadium house band” to sell over 2 million records, record with the likes of REM’s Michael Stipe, and perform with U2 and others on mega-stadium tours.

With their feet firmly planted in the present and following the release of ‘Getting Better’ (featuring Lost Prophets’ Ian Watkins) under their new Utahs’ guise, Tim and Jez have been busy preparing new releases for their Sugarbeat label, playing several shows a week, and running their Sugarbeat club night (recent guests include Burns, Joy Orbison, Erol Alkan, Fake Blood, and Jack Beats).

‘What Can You Do For Me’ and its instantly recognisable vocal hooks will be available in a multitude of new forms. Doorly’s remix was the result of a late night post-Sugarbeat session; the young producer left with the new parts and by the following week had turned in a devastating remix. Further remixes come from Drumsound and Bassline Smith, Herve and Felix Leiter.
UTAH SAINTS
‘WHAT CAN YOU DO FOR ME’
RELEASED SUMMER 2011
www.myspace.com/utahsaints