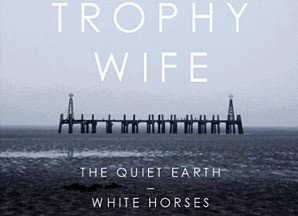 Oxford trio Trophy Wife are to release their ‘Microlite’ follow up single through Moshi Moshi on February 28th.

The double A-side release features the tracks ‘The Quiet Earth’ and ‘White Horses’.

2010 was a great year for Trophy Wife, having had support slots with Foals and Bombay Bicycle Club and making an appearance in numerous Ones to Watch 2011 polls off the back of some impressive Hype Machine charting positions.

The band head off on tour with Esben and the Witch in the UK from Jan 29th.