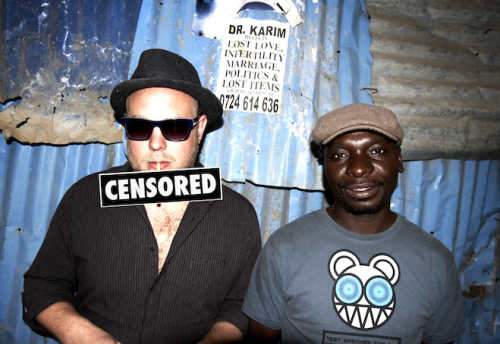 THE VERY BEST make their much-anticipated return this July with second album MTMTMK, the follow-up to their celebrated genre-smashing debut Warm Heart Of Africa.

Comprised of Malawian singer Esau Mwamwaya and London-based Swedish producer Johan Hugo (We Don’t Belong in Pacha), the group garnered extensive critical praise for both Warm Heart of Africa and their string of online mixtapes.

MTMTMK was recorded over five weeks in Esau’s hometown of Lilongwe, Malawi. “We had to make a big step with the second album, we had to evolve,” Johan notes.

“This time we wrote, produced and recorded together simultaneously — the way it should be done. It was a much more collaborative effort.”

The album features an impressive list of guest appearances by the likes of Amadou & Mariam, Baaba Maal and K’naan, plus many more.

The video for the track “Yoshua Alikuti” was filmed in the Kiamaiko slum in Nairobi and directed by Kenya-based Village Beat, the video spoofs Lil Wayne’s “A Milli” video.
facebook.com/theverybest