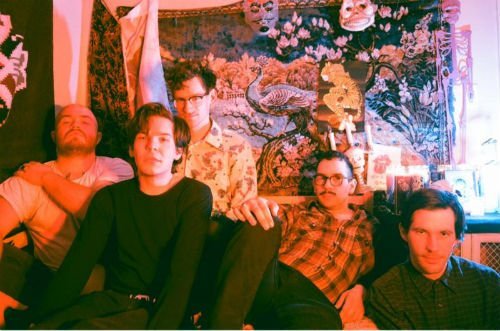 The track is taken from their debut full-length album, ‘In the Reaper’s Quarters’ (out September 9th on Wharf Cat Records) which was recorded in a secularized Lutheran temple off the banks of the Hudson River and produced by Ben Greenberg (formerly of The Men).

The Ukiah Drag are Floridians in New England exile – personnel stem from the Tampa scene – recording and sharing bands with members of Merchandise like Cult Ritual and have previously run with the Ascetic House/Destruction Unit pack, with whom they put out their debut tape and toured with respectively. Most recently, The Drag released their first studio output, Dirt Trip 7″, also recorded by Ben Greenberg and reissued their Jazz Mama is Cryin’ tape (both via Wharf Cat).