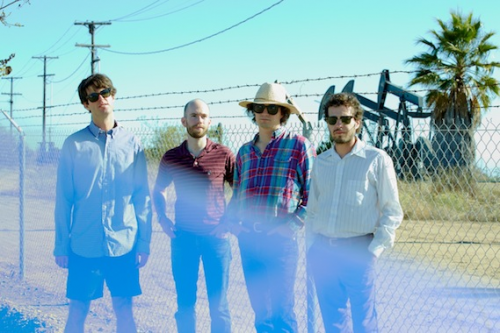 Los Angeles-based foursome, The Soft Pack are back with ‘Strapped’, which will be released 1st October 2012 on Mexican Summer. The glorious album opener ‘Saratoga’ shows they haven’t abandoned the fuzz…
While making ‘Strapped’ they created 80 demo ideas, recorded 30 full songs, and then picked their 12 favourite ones for the album, no matter how far out they were.

The group also took their time while making Strapped, making it over the course of two years. This pace allowed them to integrate new ideas and approaches into their existing sound.

By the following year they’d added David Lantzman (bass) and Brian Hill (drums). The four of them soon moved up to LA, went on a bunch of tours, and coalesced into The Soft Pack.
facebook.com/thesoftpack