September 6th sees the release of The Pipettes eagerly anticipated second album Earth Vs The Pipettes. 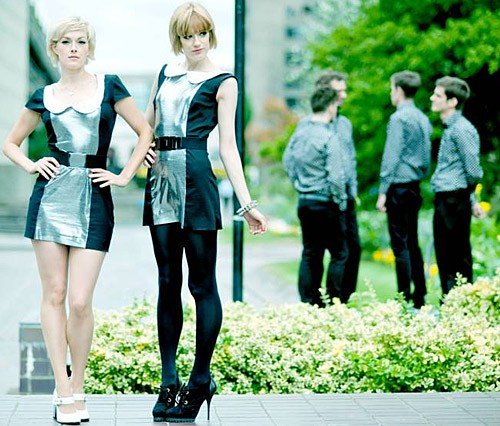 Written with the idea of imagining what a disco in space would sound like, the record is an exploration of what might happen if all the genres and styles that have set the dance floor going for the last fifty years were loaded onto a rocket and fired into the stars.

What would Motown’s transition as Marvin Gaye and Diana Ross started to veer into Philly Soul and the emerging compositions of Larry Levan sound like if that development had happened on Mars? (Answers: â€˜I Vibe You’; ‘I Always Planned To Stay’; and ‘Our Love Was Saved By Spacemen’). 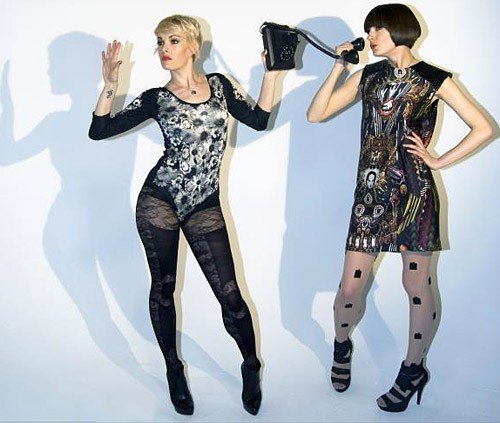 What would the disco divas and social misfits of the Seventies be listening to if Studio 54 existed on a giant space station orbiting Saturn? (Answers: ‘From Today’; Stop The Music’).

How would the motorik Euro pop of the Eighties such as the Human League and Stock, Aitken and Waterman translate into the bedrooms of the children of the Eighties if they lived on some cool planet we’d never heard of? (Answers: ‘Call Me’, ‘Thank You’).


The Pipettes were never your typical pop band and now theyâ€™re back to prove it.

They’ve put the polka dot dresses on ice, brought the boys out of the shadows and had a change in the girl department too.

Their musical roots of sculpted, self-confessed, unabashed pop remain intact, but with a fresh new take.

In their first incarnation, donning polka dot dresses and referencing the girl groups of the late fifties in the heyday of skinny tie indie music, The Pipettes had remarkable success.

A top ten album in Japan where the single ‘Pull Shapes’ was only kept off the number one spot by J-Lo, top ten radio positions all across Europe, two Top Forty hits in the UK and a Top Ten in the US billboard indies.

They played on the main stages at Reading and Glastonbury, blazed a British trail across SXSW, conquered the world and sold a heap of records.

Since then they’ve been working on their new album with legendary Martin Rushent, the semi-retired producer of The Stranglers, Shirley Bassey, and, most famously, the Human League’s Dare. 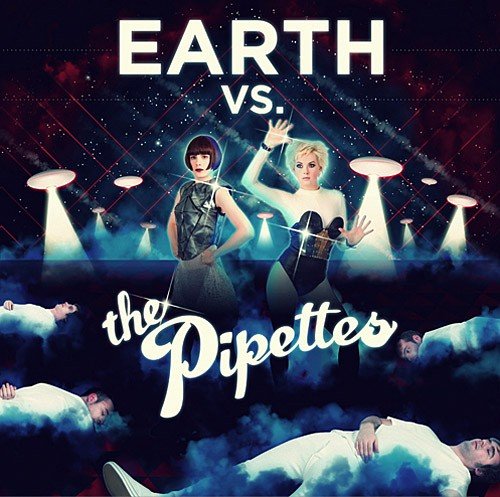 Drummer Joe Lean left to find his Jing Jang Jong and Rose Elinor Dougall and RiotBecki left for solo careers away from what the band term self-manufactured pop.

No bodies under the floorboards, no dramas, just the usual churn in pop bands Joe, Rose and Becki had their own talents to explore whilst The Pipettes remain focused on exploring pop.

And besides, The Pipettes retain a great vocalist in Gwenno Saunders, the lead singer on The Pipettes biggest hit to date “Pull Shapes” and living proof that the Welsh, from Jones and Bassey onwards, have the best pipes.

Gwenno’s sister Ani, a talented songwriter and a star in her own right with her own fashion makeover show on Welsh TV, was recruited to reinforce that theory, and Alex White (of The Electric Soft Parade and Brakes) completed the new line-up on drums alongside original members Gwenno, Monster Bobby (guitar), Jon (bass) and Seb (keyboard).

Most importantly the songwriting talent behind the band’s biggest hits to date remain.