The Pierces are sisters, singers, and songwriters. They have a past that hints at dark secrets, spell casting, and stormy relationships with lovers and record labels alike. 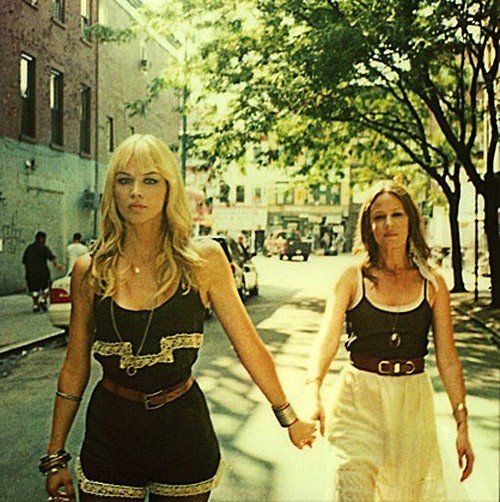 Raised in Alabama by free spirited, hippie parents in a large family of five children, Allison and Catherine created a special bond through their music.

Though they were both training to be professional ballet dancers, they decided in their late teens to instead pursue a musical career and began playing in locals clubs. They quickly developed a following and record labels came courting soon after.

They recorded half of the record in London in Coldplay’s studio and half in New York City, the girlsâ€™ current hometown. “It was amazing how it all came together,” says Allison. “We feel that we really found ourselves through making this record.”

And it is evident in the new album that the girls have experienced a kind of awakening. The sound is more confident and honed with big, sweeping melodies and haunting, lush harmonies.

The lyrics are beautiful and longing but spiked with the clever, witchy darkness that gained them recognition on their
previous album.

“It’s funny”, says Allison, “Every record we make feels like our last, but then there is always someone that comes along and believes in what we do and gives us another chance.”

With a new deal in hand with Polydor Records and their strongest music to date, it looks like this is the The Pierces best chance yet.

The Pierces will release the Love You More EP on Polydor Records on October 25th. It will feature four tracks; Love You More, We Are Stars, To The Grave and We Can Make It. The EP will be available on CD and download.
www.myspace.com/thepierces