“I still feel it was our best record. There are loads of other things I like, but as an overall body work, I thought it was great. To me, it still sounds fresh.” Paul Weller – August 2010 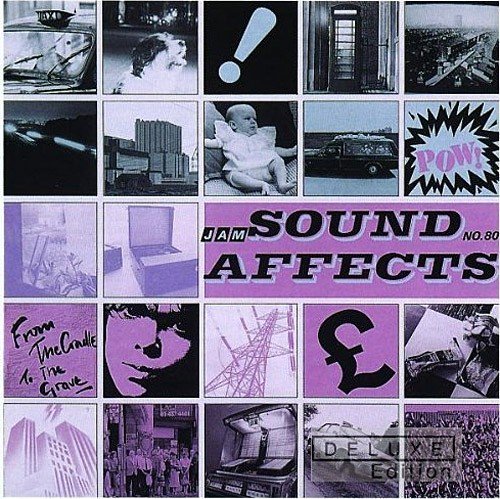 Tellingly, when Weller came to record 2010’s Wake Up The Nation, it was Sound Affects that his collaborator and producer Simon Dine held up as a model.

“He referenced it right at the start,” says Weller. “That was the sort of sound he imagined we should be going for: hard, metallic, quite stripped-downâ€¦ jagged.”

Sound Affects was originally released in November 1980 at a time when The Jam was considered the biggest band in Britain.

The album followed the band’s first number one single – Going Underground and features the group’s second UK number one single, Start! – a track built around almost exact copies of the bass-line and guitar solos from The Beatles’ Taxman (at the time Weller considered the album a cross between Off the Wall and Revolver!). It includes many of the band’s classic songs – That’s Entertainment (written in a caravan in Selsey, after the pub), never released as a single in UK, the German import was a UK hit (subsequently covered by Morrissey), the political Man in the Corner Shop, Pretty Green (now inspiration for Liam Gallagher’s clothing range!), the pure-pop of Boy About Town and Dream Time.

It’s regarded by critics and fans (as well as Weller) as their most adventurous and experimental collection of material, drawing musical influences from the ‘post-punk’ groups of the late-70s – Wire, Gang Of Four and Joy Division as well as neo-psychedelic touches from The Beatles and The Zombies etc.