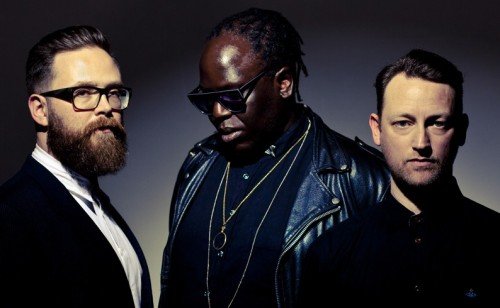 ‘Rispah’, the amazing album by The Invisible and their first for Ninja Tune, is out now. This is one of the best albums of 2012

Mid-way through recording a follow-up to 2009’s Mercury-nominated debut album, Okumu’s mother passed away and the band’s plans and aesthetic were thrown into turmoil.

As Okumu remembers it, “I couldn’t engage with music for a long period. The moment it returned to me was at my mum’s funeral, which lasted several days. One evening, during the wake, my grandmother Zilpa, my mother’s mum, arrived at our home accompanied by a group of women singing traditional spirituals.

They approached my mother’s body and sang over it, dancing around her coffin. It was the most beautiful sound I’ve ever heard. They transformed the atmosphere with sound and the spirit they brought to it.

They were celebrating life and death, grief and hope, all things. This act was allowing everyone present to express themselves. It served as the most potent reminder of everything I believe about music.

It’s there for everybody, it’s inclusive and transformative. I’m so glad these voices are stitched through our record.”

It’s a record brimming with real emotion and restless intelligence, a record to get lost in.

Dave Okumu, Tom Herbert (bass & synthesizer) and Leo Taylor (drums) have been working together as The Invisible since 2006.