After the success of The Helmholtz Resonator’s album, “The Crystal Submarine”, this band of sonic scientists (named after a device created by Hermann von Helmholtz), are releasing an EP of hedonistic ruckuses remixed by the freshest and most anticipated producers in the land. 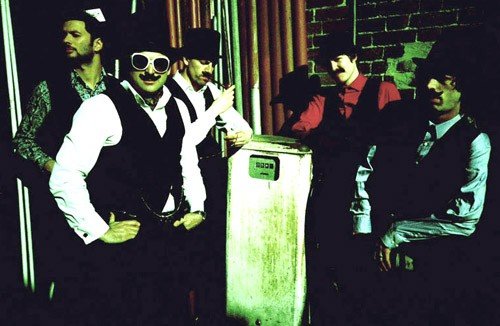 They were regulars in Ibiza and the Miami Winter Music Conference as well as Djing at Creamfields, Global Gathering, Homelands, a residency at Pacha Argentina and all this in between numerous sessions on Radio 1 and remixing tracks for artists including Orbital, Manic Street Preachers, Nirvana, Tiga and Kylie (who loved their mix so much she asked for it to be played when she walked down the catwalk at Karl Largerfeld’s show).

They also gained mad props from none other than Lou Reed in an interview for the Independent, Jesus! I don’t know why they stopped, they must have got kidnapped or someone got pregnant, but it doesn’t matter now because they’re back to form with a monster remix of ‘Bombs!’ that makes you want to run down to fabric at midday to see if you can borrow their sound system!

‘Gypsy’ on the flip side is a sick acid disco reworking by Trashmouth’s new signing Kurtis Hardrive, with its twitchy chanting vocals, warehouse echo chorus and authentic “f**k you” slap bass its already set to be a Nu Chicago phuture classic.