The Drums have unveiled the video for their new track ‘Money’, directed by M Blash – known for his videos for Final Fantasy (aka Owen Pallett), as well as writing and directing the Cannes-screened feature Lying. 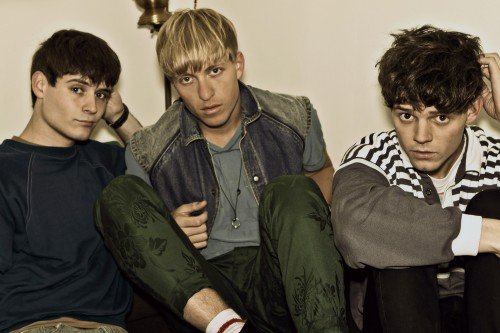 Explaining the change in mood for this video, The Drums vocalist Jonny Pierce says “things have become more personal this time around. Stylistically, things have evolved a bit, but the real change has been subject matter. On our first EP and album we used a lot if surrealism and really romanticized everything. Portamento is rooted in honesty.”

‘Money’, released Sept 5thon Moshi Moshi/Island, is the first single to be taken from The Drums second album ‘Portamento’, out the following week, September 12th.

Released just over a year since their debut, it reveals a band tugging lightly at the boundaries of their sound while still retaining their recognizable sonic signatures.

Sweet rushes of melody and brittle synthesizer sheens colliding with wiry Spector-esque guitar lines are still very much present, but singer, Jonny Pierce’s lyrics have assumed a deeper, personal tone and coupled with the band’s own more expansive production, ‘Portamento’ is a more complex, but ultimately more rewarding listen than their debut.

Portamento is a 17th century Italian term that denotes a vocal slide between two pitches.

For Pierce, it takes on an additional, personal meaning: “Jacob and I meeting as young boys with a shared love for Kraftwerk, Anything Box and Wendy Carlos – these were all synth pioneers, and a common feature on old analog systems was ‘Portamento.’ It dictates the travel time from one note to another, and we have always thought it was a beautiful word. It seems to come in to play with how we have transitioned in the last year, losing a guitarist, reforming the band, our personal lives, and the actual sound of the album travelling from one thing to the next.”