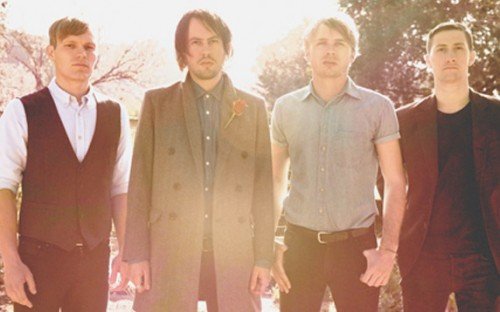 The Chevin frontman and vocalist extraordinaire Coyle Girelli admits he has been saddened by the demise in recent years of: “The art of writing a song and making an album has gone out of fashion for some reason”.
The Chevin are actually doing something to ring some changes for an industry where chorus, melody and big tunes are in very short supply.

Their new single ‘Blue Eyes’ is a masterful tour-de-force of the songwriter’s art, a sonic cathedral of sound that offers up a prayer of hope and salvation to an industry in need of change and a public hungry for a return to older but better ways.

The band will appear at T In The Park and Bingley Live Music Festival followed by a coast to coast US appearance on Late Show With David Letterman.

Blue Eyes will be released on 6th August 2012 and is taken from the album ‘Borderland’, released on So Recordings from the 3rd September 2012.
facebook.com/thechevin