It is clear to see that Tanya was born to be a musical genius.

Starting at the tender age of eight, taking guitar lessons as the first student of Julyan Wallis, the world renowned guitar technician to some of the worlds elite, including Tim Renwick – guitarist for the likes of Pink Floyd & Eric Clapton to name but a few! 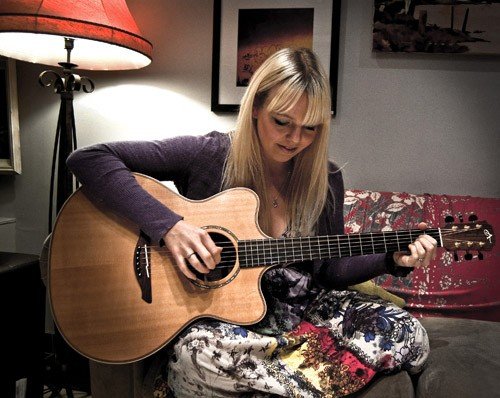 At the age of thirteen, Tanya has been singing & writing her own material, already having the ability to incorporate lyrics to take you on a journey.

Tanya’s stunning vocal ability & intriguing guitar work meant that she was soon in demand and was playing regularly at venues around the UK.

This propelled her into the gigging circuit of her homeland, Cornwall. Playing with a variety of lineups she was fast becoming the most sought after young artist in the UK.

Despite pursuing a music course at college it soon became apparent to Tanya that music was something to be felt & experienced and not something she could learn in any classroom so she left to focus on creating and perfecting her own sound. 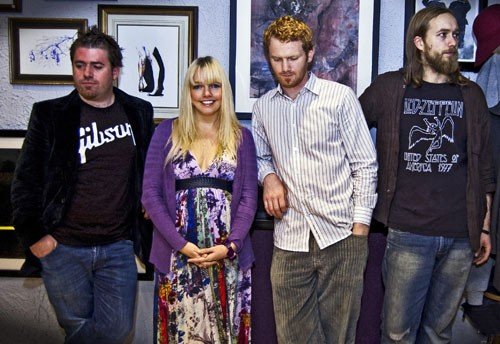 From Cornwall to Dublin, Wales to prestigious cruise ships, Tanya was succeeding in playing her music to the masses, with steely determination she worked hard & continued writing & recording as she went.

It was when she returned to much loved Dublin, where she had a coveted resident slot at Quays Bar in the busy Temple Bar area that she was spotted and snapped up by the Central Entertainment Agency enabling her to play at venues all round Ireland.

As she toured Tanya soon realised that the place she belonged was Belfast, with it’s ever growing, ever changing and ever more successful music scene. Tanya packed up and made her way to the north.

When Tanya arrived she spent her efforts finding musicians to best compliment her music and after a little time Tanya and The Whiskey Princes arrived.

After much interest from various Record Labels in England, she set about finding the best studio and producer to meet her needs and eventually stumbled across producer Ross Cullen at Railway Studios in Lisburn.

He understood exactly what she needed & helped her to sculpt the magical musical mystery tour that is “One More Time For Fluffy & The Blue Jays”.

After several months in the studio, lots of experimenting and even more coffee, this chapter of the story was finally finished. Despite several offers back & forth, Tanya decided to sign with local label Rubidium Records.

Since the completion of her album, Tanya has been gigging furiously with her Whiskey Princes, their onstage chemistry bringing joy and excitement, so much so that she went on to win Ards singer/songwriter of the year 2010 and is the proud owner of a brand new custom Avalon guitar as her prize.
TANYA & THE WHISKEY PRINCES
New Album: ‘One More Time For Fluffy & The Blue Jays’ is out now!
www.myspace.com/tanyastrowgermusic
Photos by Marc Leach