Following the recent success of their Record Store Day split 10” with Yorkshire’s legendary Leeds label Dance to the Radio. Brew are back with another split 10” record which boasts even more rock power than the last. 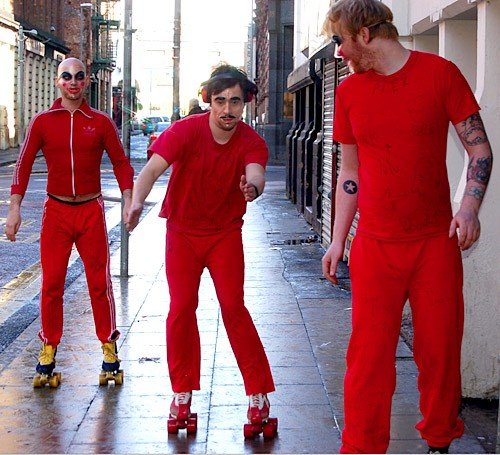 Sat alongside them are the ever prolific Shield Your Eyes whose track “Jessica” is a perfect slab of obscure post-hardcore, math rock and further proof that their upcoming 4th album (out on Function Records) will cement their position as kings of the underground.

Leeds’ legends and firm Brew favourites That F*****g Tank contribute the track “NWONWOBH” which sees them churn out even more extended grooves, progressive structures and pop hooks than before.

Their highly anticipated 2nd album is expected in late 2011 on Brew.
Tracklisting:
KONG – Ribbons // Shield Your Eyes – Jessica // That F*****g Tank – NWONWOBH // Castrovalva – In Our Prime

As a bonus each 10” will include a download card featuring all 4 tracks plus a bonus 65daysofstatic remix of KONG’s “Ribbons”.