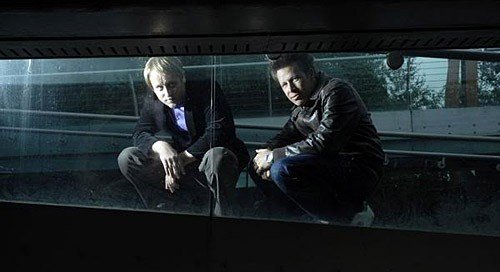 All questions about a difficult second album are brushed aside with the first listen which shows vocalist John Turrell at the top of his game while Smoove delivers a timeless production that references but never mimics the greats of soul, hip hop, jazz and rhythm and blues.

More focused than their first album, tracks like ‘Money’ are influenced by the politically aware black music of the 70’s while the incredibly melancholy ‘Wasted Man’ owes as much to Nick Drake and Massive Attack as it does to funk and soul.
Smoove & Turrell ‘Eccentric Audio’ (Jalapeno Records) out 20.06.11
smooveandturrell.com