Skinny Lister announced the release of their brand new single Kite Song, that will be available for all to download on 1st November. 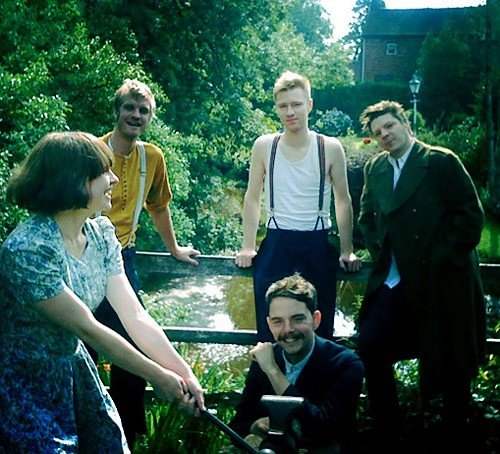 Following a packed summer of festival performances across the UK, Skinny Lister continue with their unique brand of good times countryside pop with the release of their new single Kite Song, which has grown into a true fans favourite.

To support the release the band will embark on their Homemade UK Tour, visiting the towns where they grew up and treating newly won fans, friends and families to rollicking nights of music, dancing and merrymaking on their whistle stop tour across the country. Taking to the road in their beaten up old Land Rover, Skinny Lister’s first stop on the Homemade Tour will be at the Forge & Flagon in Lutterworth close to the very lanes where a young Max and Lorna learnt their ways, before skipping along to the famous ole Red Admiral in Broughton Astley.

Next up it’s a trip down memory lane for lead singer Dan Heptinstall as the Skinny Land Rover screeches to a halt in East Yorkshire, with the band performing at Bridlington’s Ye Olde Star Inn, before wending their way through the cobbled streets of York to play The Black Swan.

Next up the Skinny Landy will head north up the A1 to Dan Gray’s hometown of Newcastle-upon-Tyne, playing the townâ€™s Bridge Hotel.

Then its London bound for Skinny Lister, but not before a rip-roaring detour for four nights of high jinx and raucous shanty singing in Mules back yard, playing at the Smuggler’s Sessions in Deal, The Ship Inn in Dymchurch, The Stag in Hastings and The George Inn in Alfriston.

The tour reaches its crescendo on the 1st of November with a single launch party, raising the rafters at the Enterprise venue in good old Camden town.

Kite Song will be available to download from iTunes and all the usual online music stores and has already enjoyed support from 6 Music’s Nemone, with additional Skinny radio friends including Steve Lamacq and XFM’s John Kennedy. Kite Song by Skinnylister