The infectious track has been receiving a host of great reviews already throughout Ireland and with its catchy melody is a sure fire track made for daytime radio. 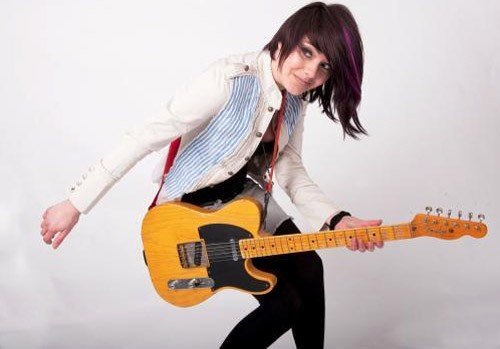 Silhouette is the perfect enigmatic alias of a passionate Northern Irish 22 year old girl whose main focus creatively is to inspire, touch and mend the hearts of anyone who is drawn in to listen.

Silhouette was created by Shauna Tohill in late 2007 after the break-up of her previous band, Angelfall.

After great experiences in various bands, Shauna felt it was time to do something which she had always wanted to do… create music that broke down the boundaries of traditional line-ups providing a raw, honest and truthful edge, hopefully offering some kind of accessible and therapeutic effect â€” whilst continuing to place emphasis on the music as opposed to the creator.

Silhouette was the judges favourite at the annual â€˜Battle of the bandsâ€™ competition held in The Square Peg in Warrenpoint and was given the opportunity to release her single through VM Records, who have definitely have struck gold with this one!

History…Since the start up in late 2007, Silhouette has gained extensive radio play (Radio 1, Ulster, U105) amongst many other achievements and press coverage. It is a name which is rapidly turning heads!

Shauna, as Silhouette has sessioned and shared the stage with a number of bands and artists to local acclaim including Joe Echo (co-writer for Madonna), Duke Special, Cat Malojian, Katie and the Carnival, Clown Parlour, MojoFURY, Kyle Suckling, Peter Green (Fleetwood Mac), Teddy Thompson and Stephen Fretwell. She has also worked with many well-known producers such as Shaun â€˜Muddâ€™ Wallace (Therapy?) and Billy Farrell (The Corrs).

The Single, â€˜Volume destroyedâ€™ is available from today as Digital Download from Itunes and all major online stores. More information can be found using the links below.