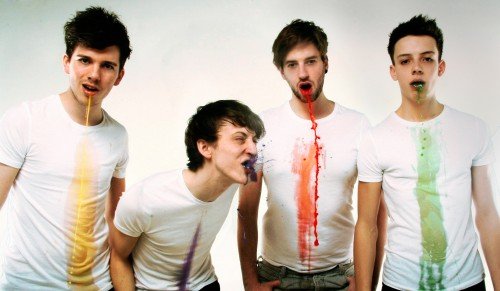 The band is also currently running an amazing Facebook Competition, offering fans the chance to join them as their VIP guest when they play at Reeperbahn Festival on 23rd September in Hamburg.

Fronted by Andy Morgan, bass and vocals come from Adam Fenwick, second guitars, samples and vocals are provided by Jamie Macneal and Daniel Harvey completes the line up on drums.

The band have also recently enjoyed some synchronization success, with tracks ‘Youngblood’ and ‘Jules et Jim’ used in the new series of ‘Shit My Dad Says’ and ‘Better With You’, both shown on Channel 5 and Fiver.