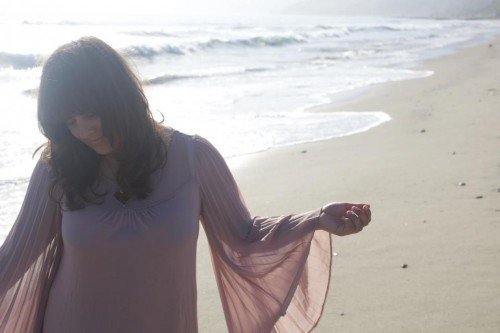 Emotional and classy…listen to Rumer’s new song ‘P.F. Sloan’ (released on May 21), taken from her upcoming album ‘Boys Don’t Cry’ out 28th May, a collection of lesser-known songs from the 70’s, all of which were originally sung by men.

And it is the mysterious ‘P.F Sloan’ – of the album’s first single, and opening track – who arguably unlocks the meaning of ‘Boys Don’t Cry’.

Sloan was a huge songwriter in his own right throughout the 60’s, penning Barry McGuire’s ‘Eve Of Destruction’ and composing the riff that would go on to become the Mamas & The Papas’ ‘California Dreaming’.

Desperate to sing his own material, however, Sloan gave it all up to record as a solo artist, but failed to sell any records. He disappeared into obscurity, only to be remembered by Jimmy Webb’s own song, ‘P.F Sloan’: one songwriter’s bittersweet tribute to another, documenting the costs of being a true artist.

“It’s a song about the great writers who have been forgotten, or sidelined by a commercially-driven music industry,” summarises Rumer. “I think ‘P.F Sloan’ sums up the whole album, and I love the idea of it being on the radio in 2012.”

Describing ‘Boys Don’t Cry’, Rumer says: “this project is about passion, and paying respect to other people’s work. I went on a journey and this music tells that story.”
Download the exclusive track ‘Welcome Back’ for free here
facebook.com/rumerofficial
myspace.com/rumerlovesyou
twitter.com/rumersongs