Calling his music â€progressive folk fusion,â€ but that doesnâ€™t do it justice. Clearly, Rodney Branigan has invented a new genre â€“â€“ one that blends rock, folk, flamenco, madrigal, classical, bluegrass and jazz â€“â€“ and, it all works.

Most songs are instrumentals that are driving, thumping monsters. The vocal pieces are just as strong with Branigan playing music so compelling that you have to listen to it. It stuns the audience and hushes the roomâ€¦ even in a bustling L.A. club. 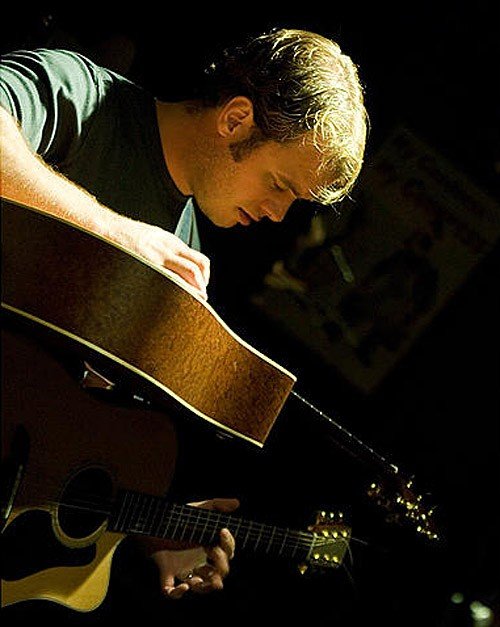 Watching Branigan play is a mind-boggling experience. You look for the hard drive, because no musician could do what heâ€™s doing. When no assistance is apparent, you wonder if heâ€™s possessed.

Playing three instruments at once, two guitars (a 12-string and 6-string) and a tambourine. His musical facility is so awe-inspiring that he kicks the â€œnoveltyâ€ tag right to the curb. This is a real musician with extraordinary talent.

Branigan starts the show with one guitar across his knee, another resting vertically against his other leg, and a tambourine under his foot. He not only plays these instruments at the same time, Branigan also uses the guitar bodies for percussion. 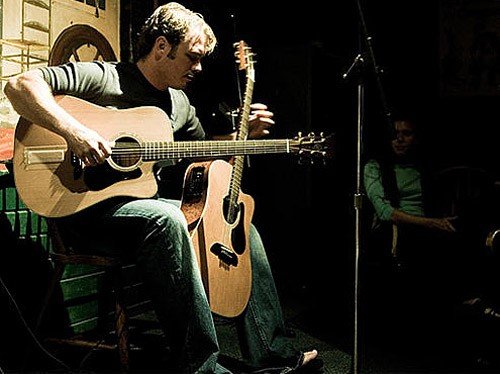 His sounds have attracted people passing by the club, who probably entered expecting to see a full band. Every single one of them was frozen in disbelief. Jaws dropped as patrons hushed newcomers who were asking, â€œWho is this guy?â€ No one wanted to miss a moment.

The music industry is also picking up on this extraordinary talent, featuring in Music Maker, Mi-Pro, Maverick magazine, Acoustic magazine, Northern Sky and many other online titles.