Returning from a self-imposed hiatus, Relish are finally back all guns blazing with their new single ‘Something To Believe In’ from their forth coming new album ‘Connected’. 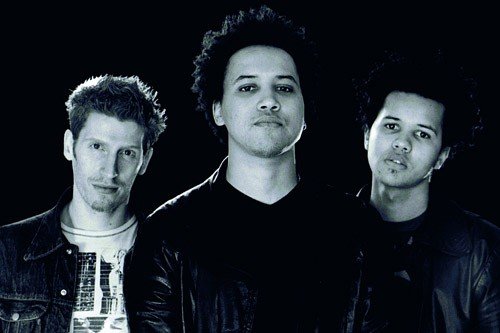 From 4 chart-topping Irish singles, to topping the Japanese most played list and even having the unlikely request from Westlife to cover their single ‘Rainbow Zephyr’ reworked as ‘Hey Whatever’ which was a UK Top 5 and International hit, Relish are a band for the masses, a band fit for the spotlight, a band for the heart, mind and soul.

From Northern Ireland and Japan to the coasts of Spain, past Relish releases have proven gold and platinum selling albums.

Now with third album ‘Connected’ in the can, the band have finally decided the time is right to get back in the groove, and do what they do best – songs with guitars to the max driven rock and roll, crafted with emotional soul filled vocals.

With ‘Connected’ they have produced an album full of anthems, riffs, hooks and spirit and all the things you would expect from Relish. This will be the comeback album of all comebacks almost like the perfect debut.

“It feels magical to be back with a new album, possibly the best album we have ever written,” says Relish lead singer Ken Papenfus. “The band has a renewed spirit and enthusiasm and we are looking forward to meeting our old friends again and welcoming those new to our sound. It really couldn’t be better.”

Championed by the likes of Paul Weller, U2’s Larry Mullen, Queen guitarist Brian May and Radio 1 and 2, Relish have once again hit the ground running with new single ‘Something To Believe In.’

Relish are back and better and ready to take on the rock and roll world all over again. It’s like they’ve never been away.
RELISH New album ‘Connected’ OUT 26.9.11
www.relishmusic.com