Radio Killer is a project created in the wiz labs of Hahaha Production, under the management of a famous Romanian composer and singer, Smiley. After two singles in a different constitution, the time came for change – Lonely Heart, their new hit, disclosed the two central characters of the project – Lee Heart and Paul Damixie. 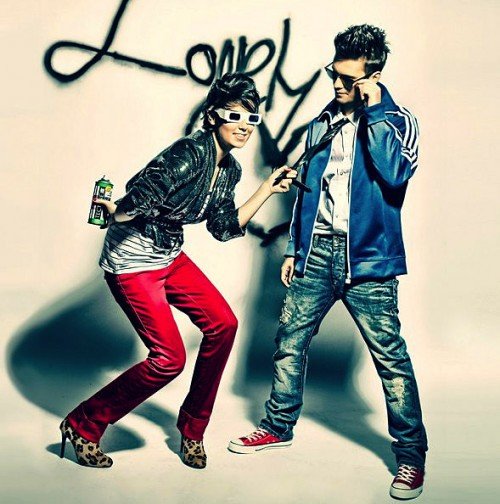 Radio Killer – Lonely Heart (Dubstep Remake) by Radio Killer
This is a tune that made Europe, Scandinavia and the Caspian area skip a dancing beat and their body temperature, so different by nature, hit the roof. It is a very energetic song dedicated to all of those that believe in the power of true music, in the way that it connects people and souls and it calls towards clubs all over the world.

The song also has a very colourful and funky fresh video that introduces for the first time the two protagonists, the soft voice of Lee and crazy beats of Paul.

‘The advantage of being part of this project is that you’re always having fun. We had fun in the studio while recording the track, in concerts all overt the world where we sang it and also when we filmed the video…as you can see for yourselves. This is how we started to believe in a special party creed’, declared the two.

Directed by Marius Moga, the video captures the atmosphere of a super cool party that Radio Killer organized for real for 100 of their fiesta addicted friends.

The project’s previous two tracks, Voila and Be Free went 1st place on Europa Plus, one of the biggest radio stations worldwide, with headquarters in Moscow, Russia. All their tracks were licensed and got airplay in territories all over the world, from Europe to Asia, the US and even the distant lands of Australia.

“Voila” has been number 1 in Romania and Russia, while reaching top 10 in Turkey and Cyprus.