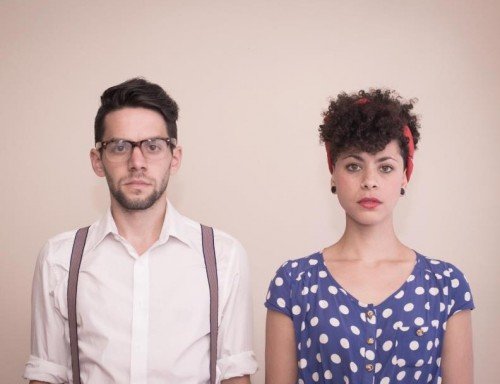 ‘Split For The City’ plays out a wry two hander between a corporate absentee husband and his restless housewife, their fractured exchanges saddled atop unabashed ‘Electric Dreams’ era synths. With boasts of ‘I drink cocktails at 12 / I don’t iron your slacks’ sat amidst the casual threat ‘maybe I’ll tell you I’m going out for cigarettes, but split for the city / To start afresh, away from you’.

The track is take from their excellent debut album ‘La Trimouille’ (out now).

Peter Lyons and Kerry Leatham say: “We’re both suckers for 80s power ballads” says Peter, “songs like ‘Everybody Wants To Rule The World’, these horror shows of pop music”.

PETER AND KERRY INTERVIEW: “THE ENJOYMENT OF PERFORMING DEFINITELY OUTWEIGHS THE STRESS”