Paul Simon eagerly anticipated new album ‘So Beautiful or So What’, is produced by Phil Ramone and Paul Simon an sees Simon crafting his songs around harmony and song structure instead of the beat-driven form of writing which has inspired him since the mid-1980s. 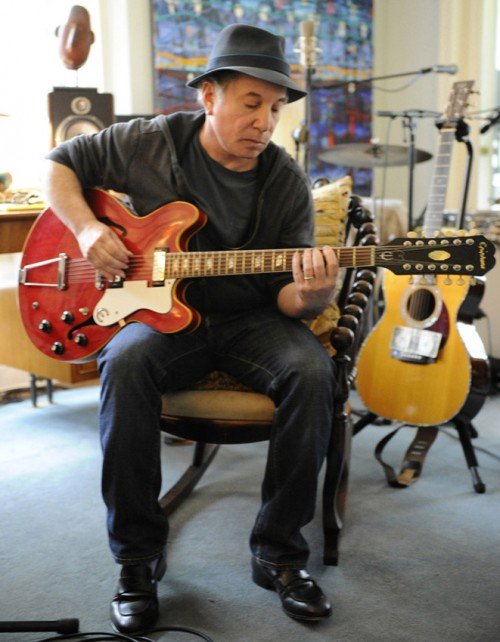 “Since ‘Graceland’, I’ve always made the record based on either making the tracks or the percussion first,” Simon told Rolling Stone. “This time the stimuli was a guitar in my lap. That takes me back to ‘Still Crazy After All These Years’ or ‘Something So Right’.”
Opening with a song for all seasons ‘Getting Ready for Christmas Day’, the album starts as it means to go on, with a dry wit, keen political awareness (both personal and global) and a damn fine melody.

‘The Afterlife’ muses on the next world over a laid back Soca beat and the taut ‘Love Is Eternal Sacred Light’ on the power of good and evil while the tender ‘Questions for the Angels’ tells its tale of messengers of god and the homeless wandering the streets of Brooklyn and the title track gives listeners a chicken gumbo recipe.

Taking more than a year to perfect, Simon has revealed that ‘So Beautiful or So What’ reminds him of his very first solo release, his acclaimed 1972 album ‘Paul Simon’.