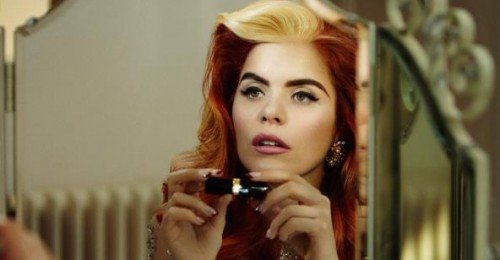 The amazing Paloma Faith returns on May 20th with her brand new single ‘Picking Up The Pieces’. This will be followed on May 28th by her second album ‘Fall To Grace’.

Paloma wrote and recorded ‘Fall To Grace’ in London in 2011/2012. The album is produced by legendary producer Nellee Hooper (Bjork, No Doubt, Massive Attack, Madonna).

‘Fall To Grace’ is the follow up Paloma’s debut album ‘Do You Want The Truth Or Something Beautiful?’ which was released in 2009.

The album sold over half a million copies and spawned the hit singles “Stone Cold Sober”, “New York”, “Do You Want the Truth Or Something Beautiful?” and “Upside Down”.
Paloma said: “The new album has taken on a very cinematic mood. ‘Picking Up The Pieces’ is no exception. It deals with the issues of being in a relationship with someone who is still recovering from a previous relationship with another person. It is a song about self doubt and insecurity.”

She added: “I am very excited to introduce my new sound into the world. Working with Nellee Hooper has been really inspirational”
facebook.com/palomafaith
palomafaith.com