OK Go, the most downloaded band ever, are set to return with a brand new video to their forthcoming single White Knuckles which is released on 11th October and is closely followed by the deluxe release of the album Of The Blue Colour Of The Sky Â“(Extra Nice Edition)Â” on 18th October on the bandÂ’s own label Paracadute. 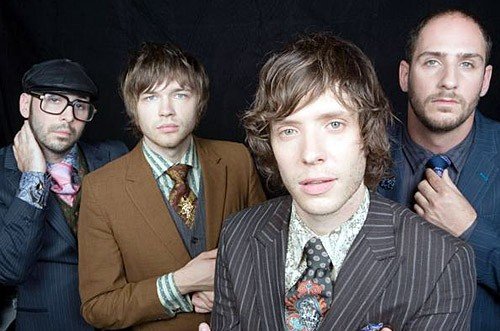 In a seemingly epic battle with themselves to create even more amazing and imaginative videos OKGO return with another mind-boggling video for new single ‘White Knuckles’.

White Knuckles, which is released as a digital bundle featuring remixes by Neil Voss, Boys Like Us, Sam Sparro, Static Revenger and Serious Business, is the latest in a series of videos the GRAMMY winning band is creating to accompany the songs on its album, Of The Blue Colour Of The Sky, which was produced by ex-Mercury Rev member David Fridmann (Flaming Lips, MGMT).

Like OK GoÂ’s previous videos, White Knuckles was shot in one-take and is completely different from anything else out there.

The bandÂ’s last video for This Too Shall Pass, which was a Rube Goldberg machine created by OK Go and Syyn Labs engineers, has garnered over 16 million views and is the #1 Top Rated (All Time) music video on YouTube. Fans can embed all of OK GoÂ’s videos from this release and post them wherever they like on the internet or view them on mobile devices. 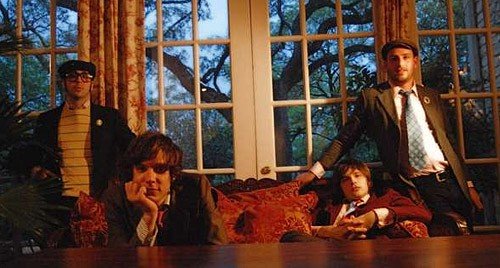 The deluxe edition of Of The Blue Colour Of The Sky includes the song Â‘Shooting The MoonÂ’ which was featured on the Twilight movie soundtrack Â‘New MoonÂ’ and, according to the NME, Â‘the biggest treat on the albumÂ’.

The special bonus disc features an interview with Ira Glass (the noted and admired US broadcaster), nine never before heard demoÂ’s, their very popular cover of Pixies Â‘GiganticÂ’ and two new tracks – Passion PitÂ’s remix of previous single This Too Shall Pass, which jumped into the Top 20 of the remix chart earlier this year after NME leaked it, and Louisiana Land.

The latter song was inspired by the time the band spent in New Orleans, recording YouÂ’re Not Alone with Bonerama, an EP that raised more than half of the money needed to build soul legend Al Â“Carnival TimeÂ” JohnsonÂ’s new home in New Orleans after the levy failures that followed Hurricane Katrina.

The bonus disc also features the audio version of the hugely successful original video for This Too Shall Pass, a live recording of the same song that featured 130 members of the Notre Dame marching band. That clip marked the first time that a songÂ’s video and recording session were one and the same, and in only a couple of weeks its online views soared past two million.