Download your free copy of the Morcheeba single ‘Even Though’. This song is taken from their forthcoming new album ‘Blood Like Lemonade’, which is released on June 7.

Blood Like Lemonade sees Paul & Ross Godfrey united with Skye on vocals for the first time since 2002, restoring the original inimitable laidback charm that made Morcheeba the mainstay of many a chill-out session. 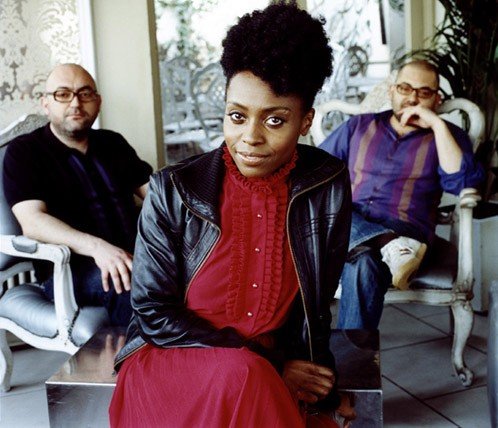 At the album’s heart are the band’s trademark oozing downtempo trip-hop grooves, embellished with intriguing, idiosyncratic flourishes like the African thumb-piano of first single Even Though, a song about an abandoned astronaut.

Paul Godfrey explains the lyrics: ‘The lines about “the hidden dangers” and being “cast adrift in space” reflect worries about humanity.

That was inspired by reading interviews with astronauts – they’d get into space and look back at the world, and couldn’t understand why people were still fighting with each other, and why we were destroying our own planet, that was so beautiful from a distance.

The heavy breathing sound is an astronaut breathing in his helmet. He doesn’t have long to live, and at the end his breathing stops. He’s basically just trying to send a message that we should all get along.’

Morcheeba have announce they will be playing The Big Chill Festival on August 8th as well as the London Roundhouse on October 23rd.

Morcheeba have also confirmed the following shows this summer, with more to be announced: