It takes weeks, even years, to write a song, but when Moby was challenged to write and record a song in just 2 days by US radio station NPR, he surprised everyone by having the track finished in just 8 hours!

He and collaborator Kelli Scarr had so much time left over, they recorded a second version of the song. And after that, they gave a small concert for the radio station staff. 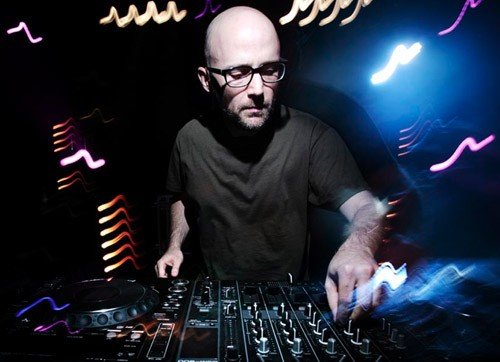 Moby generally works alone in his New York apartment, but for NPR’s challenge, he was asked to bring along a collaborator.

He picked Kelli Scarr, a Brooklyn-based singer-songwriter with a breathtaking voice who features on the title track from Moby’s recent album ‘Wait For Me’.

The songwriting process began with Moby and Kelli being shown them a series of photographs and words.

The surreal images came from New York artist Phil Toledano; Moby and Scarr are both drawn to an image of a man in the woods wearing a trenchcoat – his head looks like a storm cloud. 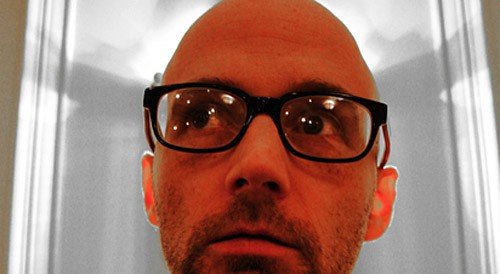 Next, they were given a series of words to chose from. Moby picked the word “Flight”. Scarr chose “Sunday’.

From here, Moby puts the card with the word “Sunday” printed on it, along with the photograph, on a nearby chair, picks up a bass guitar and immediately starts to play a riff in the key of E. This hastily played bass line becomes the bedrock for their new song.

Following this, the multi-instrumentalist adds guitar, keys, drums, and finally he and Kelli write and record the vocals. Just eight hours after arriving at the studio, ‘Gone to Sleep’ is recorded.

The studio version of the song is available to download now as part of the ‘Wait For Me’ single package.

Moby ‘Wait For Me’â€š the single and album are out now. ‘Wait For Me. Remixes!’ is out on 17th May through Little Idiot.
www.moby.com