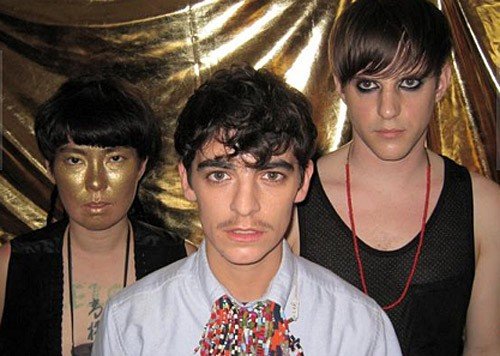 The group began in 2007 with the DJ/production/remix team of Le Tigre members JD Samson and Johanna Fateman.

With Le Tigre on hiatus, when the duo began to write new songs, it made sense to merge their efforts with JD’s other new project Hirsuite.

JD and Hirsute members Michael and Ginger now comprise the core of MEN, with Johanna and artist Emily Roysdon contributing as writers, consultants and producers.

“Off Our Backs” is an addictive slice of electro brilliance, a sure-fire, 21st century pop anthem, with a soaraway chorus (“I’m/A tease/For nothing you can’t see”) and instantly memorable melody.

The single out 1st November on 7″ vinyl / digital download

The band will head out on a UK tour to coincide with the single release calling at the following venues:

MEN are set to release their debut album “Talk About Body” in early 2011.