Nashville-born McKendree says: â€œI’m Here to save the world, the universe, and any other part of the universe not yet known to man â€“ from musical boredom!â€

Originally a country singer in his home states, McKendree joined forces with Brazier in 2009 and together they caused controversy with their take on Jolene with McKendree singing the track from a manâ€™s perspective. 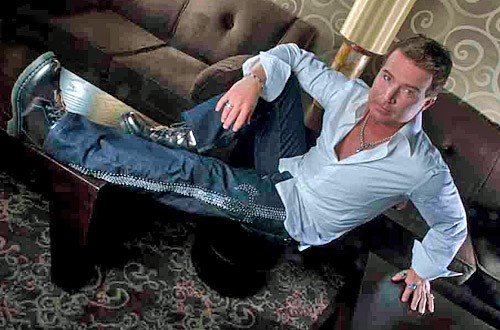 Dolly Parton herself has declared she is a huge fan of McKendree and we have no doubt that she would not be disappointed with MMV:2.

Fresh from the success of the only re-write of Dolly Partonâ€™s Jolene, cleared by Dolly herself, on McKendree Mania Vol:1, McKendree is back with the Mania Vol:2.

Nashville-born, international genre-bending recording star McKendree has moved the boundaries of the box once again with Mania Vol:2. McKendree thanks to co-writing uber-producer Pete ‘ZombieBoy’ Brazier.

Recorded in Cambridge, England at Vertical Rooms.com for M2 records, Mania Vol:2 is a grimy, backroom party type of album.

MMV:2 is available exclusively from www.mckendreemania.com from January 31st 2011.