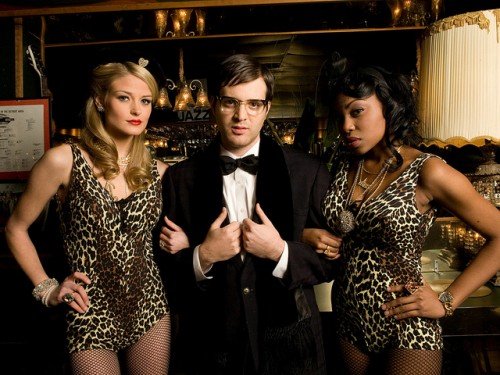 A Long Time – Mayer Hawthorne from MayerHawthorne on Vimeo.

Mayer Hawthorne’s sophomore effort, “How Do You Do” will be out Oct 11th.

Mayer Hawthorne grew up in Ann Arbor, Michigan, just outside of Detroit, and vividly remembers as a child, driving with his father and tuning the car radio in to the rich soul and jazz history the region provided. “Most of the best music ever made came out of Detroit,” claims the singer, producer, and multi-instrumentalist, who counts Isaac Hayes, Leroy Hutson, Mike Terry, and Barry White among his influences, but draws the most inspiration from the music of Smokey Robinson, Curtis Mayfield, and the legendary songwriting and production trio of Lamont Dozier, Brian Holland, and Eddie Holland Jr.

The “retro” tag is added to almost any contemporary work that sounds like it was originally recorded between 1966 and 1974, and Hawthorne, among the newest contributors to the genre, is aware of how trends come and go.

“I think Mayer is the only artist in the history of the label that I’ve signed after hearing only two songs,” says Peanut Butter Wolf. “Sometimes, you just know it’s the right thing to do.”

And for those willing to believe anything is possible, be grateful to have Mayer Hawthorne on the scene. It’s not just throwback music anymore – this revival is all about progression. photo by Jeremy Deputat / Public Media Group