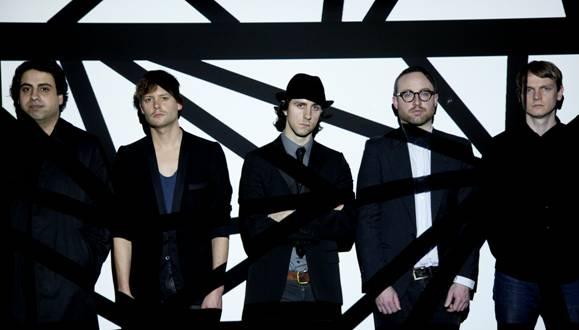 ‘The National Health’ sees the band back in riproaring form; more vital, forceful and potent than ever. Recorded with the legendary Gil Norton (who has worked with everyone from The Pixies to Foo Fighters and Patti Smith) in Rockfield, Wales and Moles, Bath, it is at once ferocious and rousing, and a powerful antidote to the anodyne rock and manufactured pop that all too often passes for our music scene these days.

“We’re in a global recession and everyone is being bombarded with bouncy, happy music,” explains frontman Paul Smith.

“The nation is out of control and the record is about taking back control, and being a force for change in your own life.

It can’t speak for everybody but it has its eyes and ears all around us…that’s always been a Maximo Park thing: look at yourself.

See how you relate to yourself and hopefully someone else will have something in common with it. Our songs are built on empathy. I would hope it’s as vital a music as people would want to hear.”
maximopark.com
facebook.com/maximopark
twitter.com/maximopark