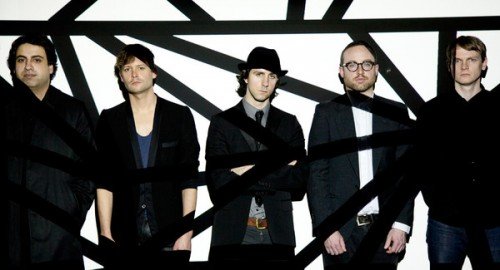 Maximo Park are back at the very peak of their powers with the first single ‘Hips and Lips’, released on June 11th on V2. The track is taken from their much anticipated new album,’The National Health’.

Maximo Park are also returning to the live fray with three dates in June, in Birmingham, Manchester and London.

The shows will provide an opportunity to see the band preview new material from their forthcoming album ‘The National Health’ in intimate surroundings.

Tickets on sale from 9am, Friday April 27th, on gigsandtours.com
Single “Hips and Lips” and LP “The National Health” will be released June 11th on V2
maximopark.com
twitter.com/maximopark