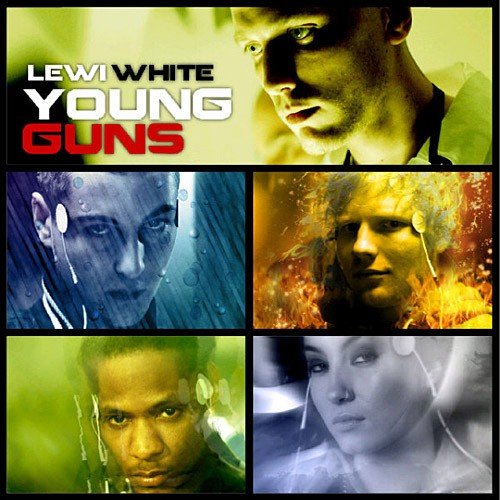 Lewi White – Young Guns feat. Ed sheeran, Yasmin, Griminal, Devlin by LewiWhite
From the age of fifteen Lewi White was already familiar with the growth of London’s infamous pirate radio circuit, and became associated with some of the top names in the underground dance scene. This early introduction into music led to him turning his trade to producing aged just seventeen…. Now 26, Lewi White is one of the most sought after young producers on the urban music circuit.

Owner of ‘Beyond Da Booth’ studios, which he describes as “home to the boys”, Lewi is a true underground veteran. He’s produced for some of the scene’s best known names including Roll Deep, Chipmunk and Tinchy Styder, Devlin, Ed Sheeran, Griminal and Yasmin. Lewi most recently produced a number of tracks on Devlin’s 2010 debut album ‘Bud, Sweat & Beers’ which was a top 20 hit. Lewi also worked on a number of projects with Paul Weller, including 2010’s remake of ‘Fast Car, Slow Traffic’ with Devlin.

It’s not only a Grime relationship Lewi has struck with music however, from the offset through to the present day he has produced bass-heavy, down tempo rhythms for some of the UK’s greatest rappers including the likes of Klashnekoff, Shameless and Wretch 32. Lewi also has produced Dubstep, prevalent most recently in ‘Back Again’ with rising South London MC Kozzie which was featured on Ministry Of Sound’s ‘Adventures In Dubstep And Beyond’.
LEWI WHITE ‘YOUNG GUNS’
feat. Ed sheeran, Yasmin, Griminal, Devlin – 15 AUGUST 2011