If one man has come to epitomise rock and roll it is Motrhead singer and bass player Lemmy.

Over the past three and a half decades no other artist has had such an enduring impact on heavy metal music and with his 65th birthday approaching on Christmas Eve, Lemmy is rocking harder than ever. 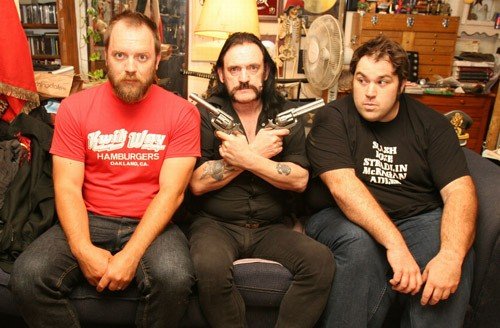 Now discover what it is that has made this musician a cultural icon recognised and respected far beyond the confines of rock music in Lemmy, released on DVD by Entertainment One on 24th January 2011.

The film received its UK premiere at the London Film Festival in the headline 9pm slot at NFT1 on 23rd October, will be followed by a theatrical run in selected cinemas throughout the UK from 3rd December. 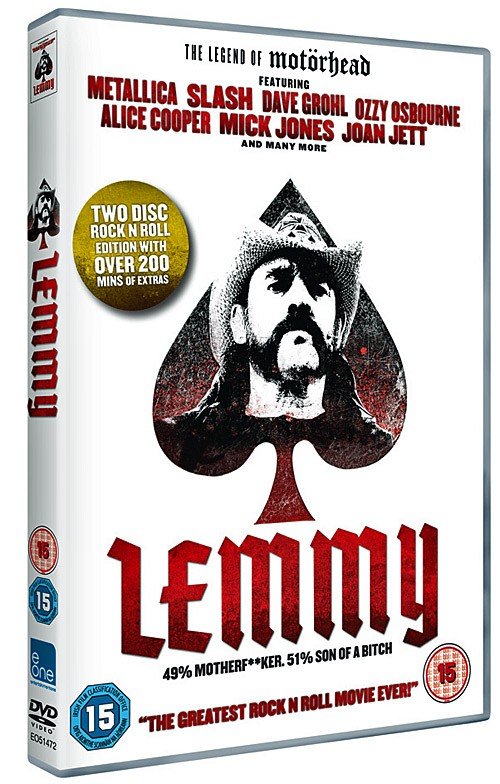 Shot over the course of three years by Greg Olliver and Wes Orshoski, this film takes the viewer into Lemmy’s world like never before: at his Hollywood home crammed full of memorabilia (‘like a museum’ ); in the studio, recording and rehearsing with Motorhead and in collaboration with some of rock’s biggest names; and on stage giving hundreds of thousands of passionate fans exactly what they want: the loudest, heaviest rock ‘n’ roll on the planet.

The film is packed with anecdotes and accolades from some of the biggest names in rock including Dave Grohl, Alice Cooper, Ozzy Osbourne, and Slash and – proving that Lemmy’s influence extends beyond the rock fraternity -interviews with some unexpected fans including Jarvis Cocker, Mick Jones and New Order’s Peter Hook.

However, what sets the film apart are the extensive interviews with Lemmy himself.

Lemmy’s no nonsense style and dry wit make him one of the most quotable men in rock as he talks about everything from his enduring love of rock ‘n’ roll pioneers such as Little Richard and Elvis, through his extraordinary passion and knowledge of military history, to candid conversation about his personal life and family.

With Motrhead celebrating its 35th Anniversary in 2010 and their latest tour thundering into the UK in November, there’s never been a better time to find out why in Lemmy’s world everything really is louder than everything else in Lemmy.

An exclusive UK magazine edition Motorhead’s new album, ‘The World Is Yours’, will be released in association with Classic Rock on 14th December. The standard CD release follows on 17th January 2011.