Leigh Mary Stokes, 19 year old singer songwriter from Portsmouth has had a busy 2010. Fan favourite â€˜Perfectâ€™ is released via One Above Records â€“ a raw and heartfelt ode to the image conscious, bathed in introspective lyrics, luxurious harmonies and stripped back instruments. 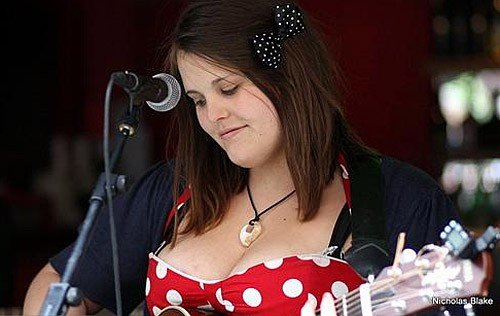 Leigh Mary Stokes and her band are an unlikely match, bringing together a small town girl and a well travelled troop of rock musicians to create the kind of songs that tell you to put your feet up whilst they put the kettle on and break out the good biscuits.

Instantly familiar whilst always original, Leigh has led her merry men up and down the UK, playing in almost every major UK town from the Isle of Wight to the streets of Edinburgh.

Headlining a stage at this yearâ€™s Camden Crawl, featuring at Liverpool Sound City and playing a number of festivals have been some of the highlights of the year, dampened only by Leigh not getting to visit a Highland Cow farm whilst touring in Scotland. In fact, she refuses to believe in their existence until she gets to meet her first oneâ€¦ 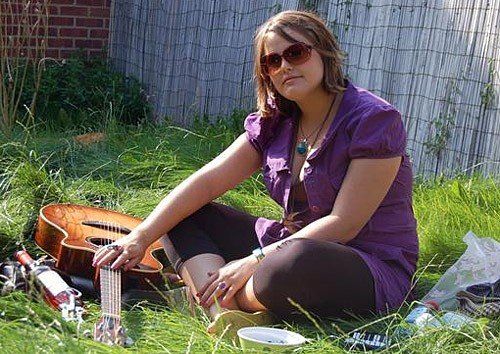 Joined on stage by Chris Pitt (backing vocals/guitar), James Dillon (bass) and Kevin Burke (drums), Leigh was spotted playing solo at an open mic night by the three who had recently returned from their own UK tour.
Leigh Mary Stokes – Perfect by Manilla PR – Denise
Recognizing immediately her talent for enrapturing and silencing a room, the three of them set about providing a backing to Leighâ€™s songs and crafted a set that quickly found them playing alongside much bigger and established acts.

Attracting the attention of One Above Records, an independent management and record label, Leigh and the band recorded and released a debut EP in November 2009 â€˜Best Served with Tea & Biscuitsâ€™ and subsequently followed it up with a spring 2010 single â€˜Little Yellowâ€™.

Sometimes up and sometimes down, each song is about you and you already know the lyrics, just not perhaps the words.

So put on your comfy shoes and the jumper with the holes in. Sit back in your favourite chair and take a moment out. The kettle is on and Leigh has brought the bakewells.

Leigh and the band tour the UK this autumn and you can see them at the following live dates with more to be confirmed:
Nov: 12th – The Kasbah Coventry