Jackson Tennessee born, London based singer-songwriter Lauren Pritchard, a new artist with a remarkable voice and a rare song-writing talent to match, has her debut album “Wasted In Jackson” released on October 18th through Spilt Milk/ Island Records. 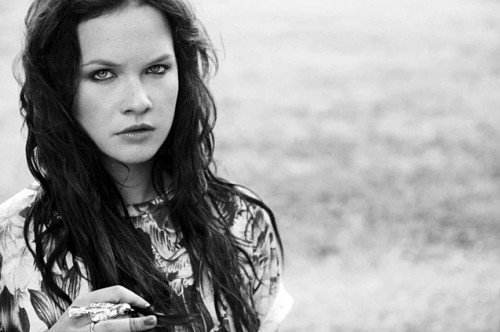 “Not The Drinking”, with accompanying video directed by Wendy Morgan, who made the recent Janelle Monae video, will be released as a single on the same day.

The eleven-track album was written and recorded over a year after Lauren moved to London from the US. 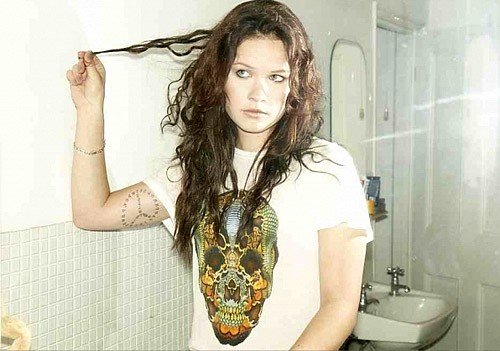 Featured tracks include “When the Night kills The Day” a haunting, bluesy shuffle featuring the eerie sound of an old piano belonging to Ed Harcourt (who co-wrote the song) and the elegant playing of young folk-slingers Mumford And Sons (whose front man Marcus Mumford produced the song).

She’d always sung and played piano from an early age and when she reached the age of 16, she headed, alone, to LA where she sang in a band, fell in love, broke up, ran out of money and was on her way back to Jackson, dream in tatters, when one of her close friends, insisted she move in with them. 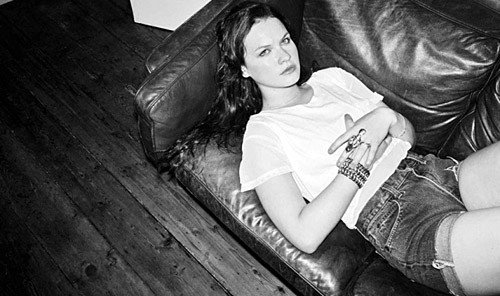 The friend was Riley Keogh whose mum is Lisa Marie Presley. Newly invigorated, Lauren lived with them for 8 months during which time she landed a starring role in the highly acclaimed, hard-hitting contemporary musical ‘Spring Awakening’.

The show hit the big-time and soon Lauren was re-locating to New York where she performed on Broadway for two years.

With the phenomenal success of “Spring Awakening” and word spreading through New York music business circles about the girl with the incredible voice, Lauren landed a record deal. That partnership didn’t work out so well and they soon went their separate ways.

A meeting with Ivor Novello-winning songwriter Eg White, who had heard and been blown away by Lauren’s demos, lead to her decision to once again up sticks and move, alone again, to her third big city, London.

Her collaborations with Eg were soon producing a batch of incredible songs and Island Records, aware that they has found a serious talent, wasted no time in securing Lauren’s signature.

Work on the debut album started in earnest and just a year after arriving in England, to make the record she had long dreamed of making, “Wasted In Jackson” was finished.

Since the beginning of the year Lauren has performed live across the UK building an ever-growing fanbase.

The young American was personally invited by Paul Weller to join him on stage during an In Concert Radio 2 session after he had heard her debut ep The Jackson Sessions.

Weller was so impressed their duet, the Holland Dozier Holland classic “How Sweet It Is To Be Loved By You”, ended up as the B-side to his single “Find The Torch/Burn The Plans”.

Audiences have had plenty of opportunities to see Lauren performing live over the summer including festival appearances at Glastonbury and Latitude, shows with Professor Green, James Morrison and Florence & The Machine to name but a few.

The Professor Green date came about after the two recently met at a rehearsal studio in London, immediately hit it off and wrote and recorded a song together.