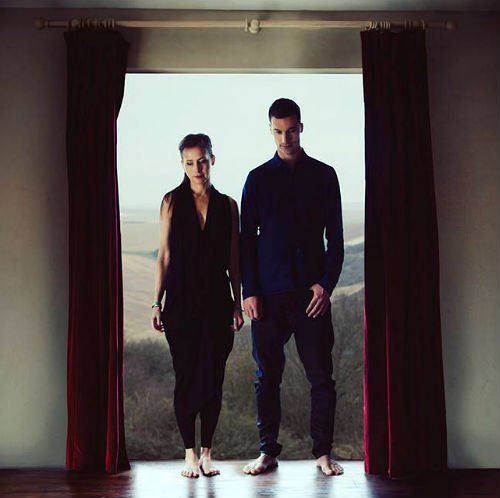 An electronic music duo from Manchester, Lamb (Andy Barlow & Lou Rhodes), share ‘We Fall In Love’ (released on 27th October), the first single lifted from their sixth studio album ‘Backspace Unwind’, released on 3rd November 2014, via Strata/Butler Records. The stunning track is about the chance intersection of two lives and the notion of stars aligning…

In Andy’s words: “Lamb has always been about the interplay between the rugged ‘real’ thing and the technology around it”.

‘Backspace Unwind’ was written and recorded at Andy’s studio “The Lookout” – so named because of its panoramic views over the South Downs. They also spent some time at Distillery Studios near Bath and took some gear to Goa, India for a little self-indulgent writing in the sun.

“Making this album has been a journey of discovery in so many ways”, says Lou. “After making music together over a period of almost 20 years (with a 5 year hiatus to take a breath) it’s reassuring that new routes and approaches seem to abound. Over those years I think we’ve learnt that this journey needs no map; in fact tearing that map up, at every twist and turn, has become our regular gleeful practice”