Kyron & The Strangels have built up a loyal following through their live shows and a series of five wacky videos that are now viewed throughout the world on You Tube. 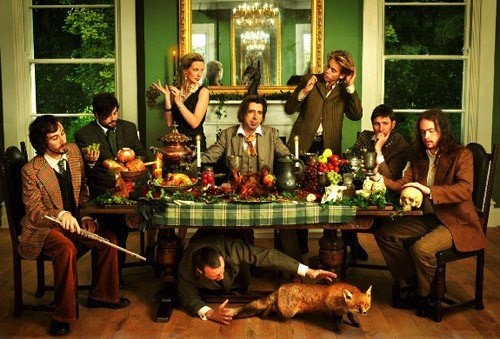 The Strangels have released two singles â€˜Walking My Dog & Hanging on the Ground. Their first single release was the infamous â€œWalking My Dogâ€ which was accompanied by two individual videos.

Video one was the much lauded â€˜Cardboard Technology Versionâ€™ where the set, fixtures, fittings and musical instruments plus the dog are all made from cardboard.

Their second video for Walking My Dog – another You Tube success – was the naughty street version. The band asked people to appear at their windows doing something interesting.

In turn the band with a film crew in tow would visit their street and capture the results; one fan wrapped herself with her pet snake.

The group Kyron & The Strangels came about as a natural progression from songwriting sessions held between three friends Kyron Bourke, Philip Kampff and Cormac Oâ€™Kane. 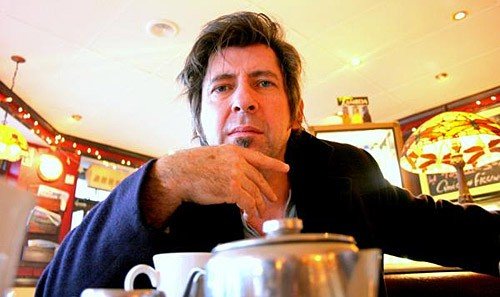 In the summer of 2007 the Strangels started to play live in the Black Box in Belfast. Kyron and Cormac along with new band members Feargal on drums, Bernard on bass started to perform their original songs to an ever increasing fan base.

Cormac Oâ€™Kane who had been developing the Strangels sound based on the early song writing sessions started to produce the band in his own Belfast recording studio.

The name Strangels is derived from a Tom Waits song â€˜The Ocean Doesnâ€™t Want Me Todayâ€™ based on a word Tomâ€™s daughter dreamed up by cleverly combining the words â€˜strange angelsâ€™.

When Kyron Bourke is not playing the piano or behind the microphone fronting the Strangles he is most likely to be found working with oil and watercolours.

Apart from being a fine musician he is a much respected artist with numerous galleries exhibiting his, what critics describe as, â€˜unique workâ€™.

Kyron Burkeâ€™s family roots were established in Co Fermanagh where his grandfather farmed and reared cattle near the border village of Belleek on the River Erne.

Kyronâ€™s father a cousin of Brendan Behan was a wardrobe man in films who later in his life ran a costume business in Dublin. His mother also associated with the arts devoted herself to the business of singing light opera.

Some time ago we announced that the album If We Were Kings was on the way.

The release had to be postponed and the band had to cease work in 2009 to enable Kyron sufficient time to donate one of his kidneys to his brother.

Having now put all many the events of 2009 behind them Kyron & The Strangels are pleased to announce the release of â€˜If We Were Kings.â€™

The album includes all the tracks that are so popular with their live audiences and You Tube viewers such as, Walking My Dog 1& 2, The Actor, You You You, Headless Chicken, Walking Away and many more; thirteen tracks in all.
www.myspace.com/kyronandthestrangels