East Oakland native, Kreayshawn (Kray-Shawn) has officially signed to Columbia Records. The 21 year-old will release ‘Gucci Gucci’ in September, exact date to be announced shortly, her debut album will follow later this year. 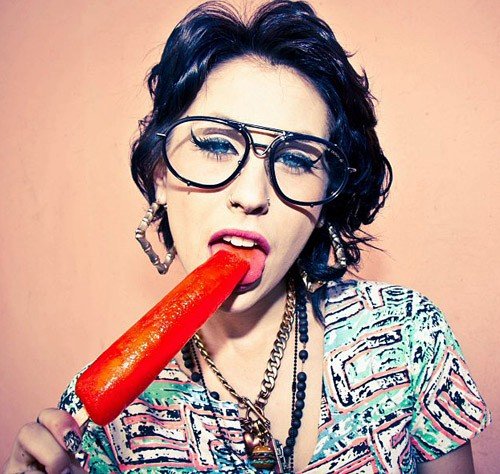 With a hook so catchy that even disbelievers hate themselves for loving it, Kreayshawn declares, “Gucci Gucci, Louis Louis, Fendi Fendi, Prada / the basic bitches wear that shit so I don’t even bother.”

Kreayshawn first made a name for herself directing videos for fellow Bay Area native Lil B, DB The General, and Soulja Boy. She recently directed a video for Red Hot Chili Peppers new single ‘The Adventures of Rain Dance Maggie’ .

Kreayshawn says of the new partnership, “I’m excited to work with my new Columbia family. They understand my vision and are going to let me continue everything I’ve been doing. My hope is to inspire others to be young, wild, and free.”
kreayshawn.com