Itâ€™s been 3 years since Klaxons burst onto the music scene, injecting a dazzling and much needed moment of rave hedonism into the midst of indie tedium with the truly original and enormously influential Mercury award-winning album Myths Of The Near Future.

Now with the charts full of everything from synth pop to techno-based indie bands, pop culture is once more in thrall to electronic music 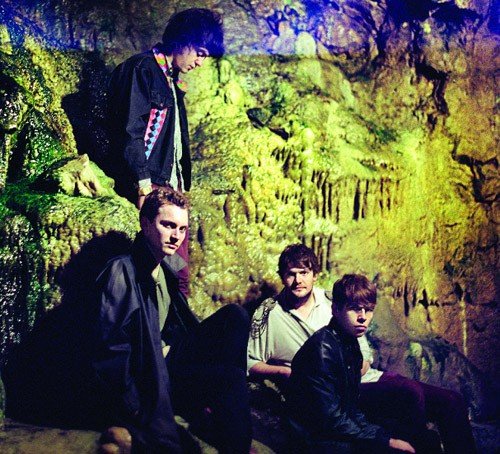 Always ahead of the curve, Klaxons have returned with a new back to basics rock approach and a burning desire to turn the music world on its head once again and inspire kids to pick up guitars.

Produced in LA by US rock legend Ross Robinson (Sepultura, Slipknot, At the Drive In, The Cure) and written throughout the last three long years of extreme musical and psychedelic experimentation, itâ€™s a brilliant alternative rock record. â€œWe were an art project that got out of hand,â€ says bassist Jamie Reynolds â€œbut now we are a band.â€

A game-changing album dripping with sonic and cultural ambition, but still heavy on the flashes of pop genius that we all know and love Klaxons for.

Ranging from guitar muscle assault to deceptively delicate melodies, the epic 5 minute opus Flashover encapsulates the album as a musical whole and is both a bold statement of intent and a tantalising taster of whatâ€™s still to come.

Flashover will be streamed on www.klaxons.net from tonight 8.pm.